We have all types of news to go through this morning! On the retail side of things a new round of hotfixes has gone out with yet even more fated raid fixes and an accessibility change for Hylbrande in Tazavesh. Blizzard also released one of the short stories from one of the recent Warcraft books: Visage Day.
With Wrath of the Lich King Classic releasing next week Blizzard has released a really good video in which Jaina explains the history of Arthas Menethil! And on the Dragonflight side of things the blues have posted an update for Warriors, saying they are fairly happy with Arms and Fury and will now focus more on Protection changes.

Wrath of the Lich King Classic

Travel Azeroth with Chromie as she seeks wisdom from her fellow dragons in creating a visage, the mortal form dragons choose when coming of age.

“You must be Chronormu,” the dragon said with a polite bow of his head. “I am Kalecgos. It is an honor to meet you.”
The bronze bowed his head in response. “Delighted, Kalecgos! Zidormi speaks highly of you. Thank you for taking the time to see me. I can tell you’re very busy.”
Kalecgos smiled. There was something calm and gentle about him. “My master, Malygos, expects members of our flight to train relentlessly. But I can always find time to do a favor for a friend. Zidormi informed me that you seek guidance about your upcoming Visage Day?”
Chronormu gave a sober nod. “Indeed, and it is fast approaching. I find myself torn over which mortal form best represents who I am. I sought out my own master, and he suggested I try to learn from others who had already made their decision. If I may ask, Kalecgos, how did you choose a form?” 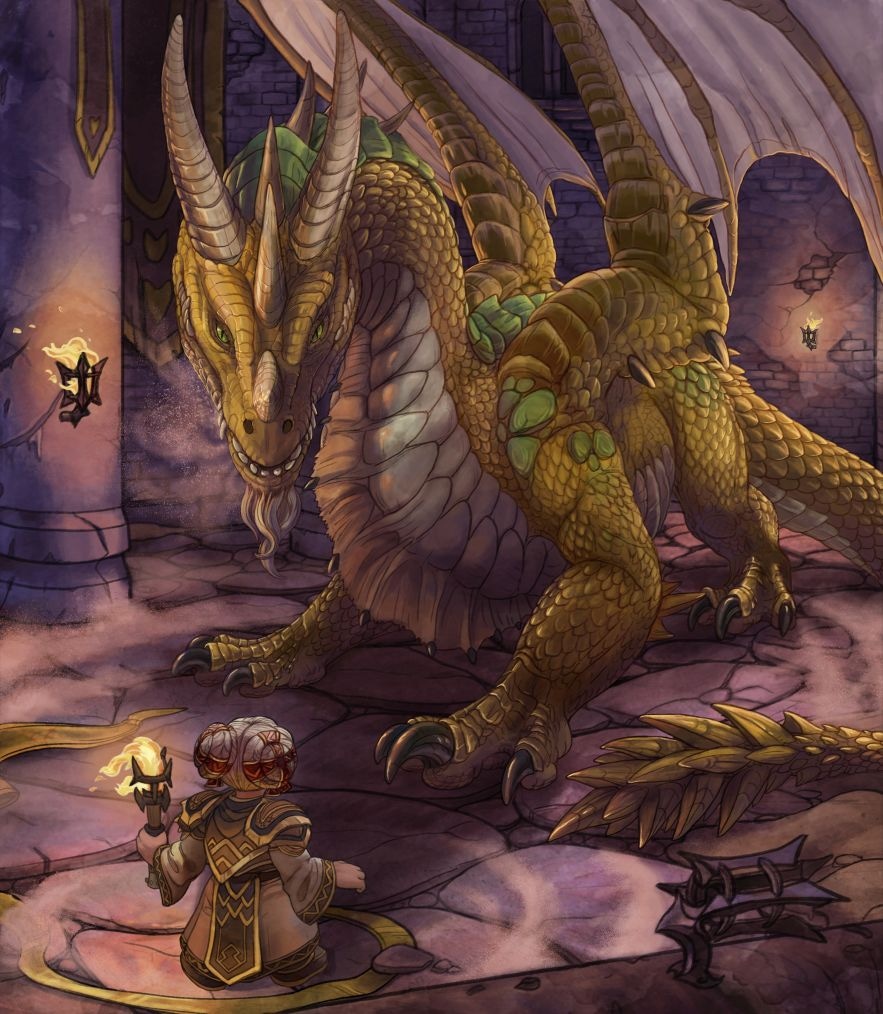 The Lich King as told by Jaina (in short). pic.twitter.com/p3thZSJ1x7

This week we’ve mostly been fixing errors and tweaking things for the Class, Arms and Fury trees. We’re happy with where these are at and don’t intend to make any large changes moving forward. Arms and Fury and the various options within seem to be preforming well and people are enjoying them, we’ll be monitoring feedback and tuning things where needed.

We’ve focused more on the Protection tree this week and provide more details on this below.