Last night Blizzard posted a couple of small hotfixes that include yet another Fated Raid Affix change and posted a small preview of more changes they will discuss today for Rogues in the Dragonflight Beta.

Wrath of the Lich King Classic

Your feedback, here and elsewhere, has not fallen on deaf ears. In hindsight, stopping by the forums sooner to say as much would probably have helped, and I hope you are willing to accept a peace offering (in the form of a previewed upcoming change to the talent that was previously Shadow Mist): 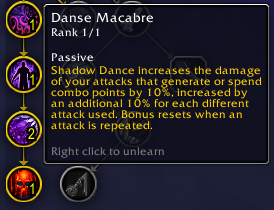 Iteration and implementation for Rogue talents continues in earnest. A handful of iterative changes and significantly more functional talents will be hitting the PTR and Beta across the next couple builds, many of which are related to topics previously discussed here, and we will be back tomorrow to chat with you about more of what’s coming.