This week’s beta builds brings in many talent name changes, more UI changes, a new mount reward for the 500 mounts achievement and more! Additionally there have been new update posts for Druids, Evokers, Priests and Dragonriding. Check it all out below: 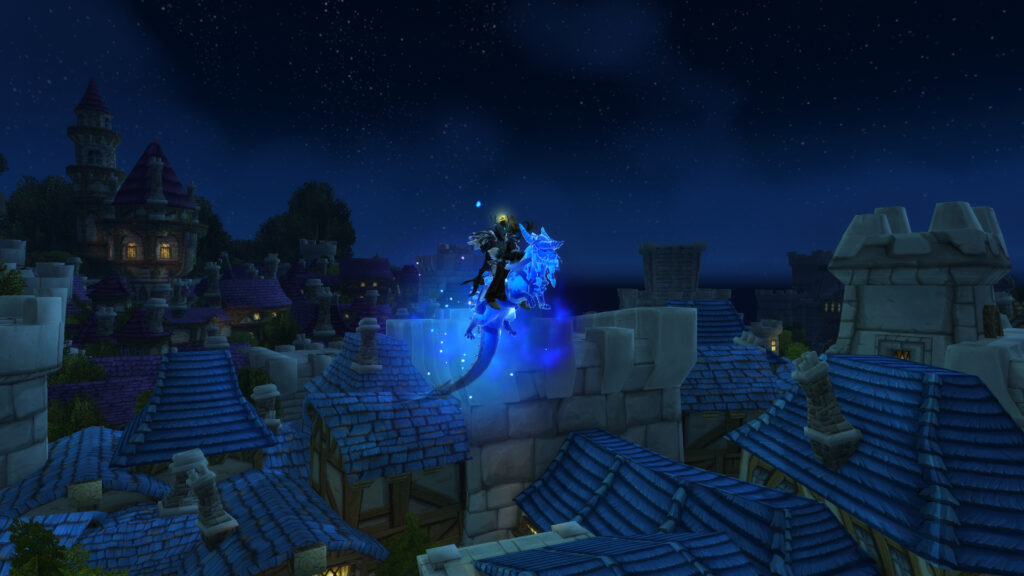 Take a look at this week’s updates to Dragonflight Beta:

In a future beta build, Balance Druids will receive an all-new talent tree but, in the meantime, we are excited to share a preview of what that new talent tree will look like. Our talent tree design philosophy has changed considerably over the course of Dragonflight’s development. Community feedback and the lessons learned through playtesting helped us identify good practices to follow when constructing a talent tree. Equipped with what we’ve learned, we set out to update Balance’s tree and bring it in line with our current design philosophy. 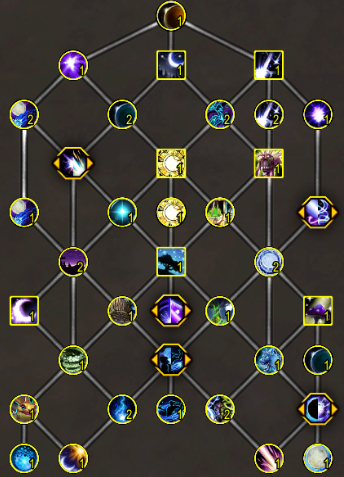 With this iteration of Balance’s talent tree, we wanted to increase the interconnectedness of the talent nodes to allow for easier access to different options across the tree. In addition, we wanted to avoid awkward positioning where it was mandatory to take a specific, unrelated talent to reach a desired, potentially gameplay altering, talent. Lastly, we wanted to avoid any situations where taking a talent would provide no benefit because a different talent wasn’t taken.

Feedback indicated that there was a lack of new abilities making Shadowlands and Dragonflight Balance play very similarly. With this iteration, we have introduced new options for players to be excited about. Some of those new options:

We appreciate the community’s thoughts on our recent change to Starfall and agree with the sentiment: Starfall has a unique identity by being tied to the caster and we want to retain that identity. In the next Dragonflight update, you’ll see our latest iteration of Starfall:

Thank you for your patience as we worked on this latest iteration of the Balance talent tree. We’re excited to get it into your hands as soon as possible and can’t wait to see what builds the community will come up with!

A quick note for today’s build: We’ve updated Soar to used a “bonus action bar” like Dragonriding Drakes do, allowing Surge Forward and Skyward Ascent to be dragged around on the action bar. New characters will automatically have the two abilities on the action bar when Soar is learned. However, existing characters will need to drag them out of the spellbook, under the General tab. Apologies for the inconvenience!

We appreciate the responses to last week’s post. We’ve made some additional changes to the Priest class this week that are aimed at addressing some of the shared concerns.

Both spells will remain in the talent tree. While we do want to reduce the number of active spells, Power Word: Life is an exciting new spell for the expansion and Mindgames is a unique and fun spell as well as the only Covenant spell we’re bringing forward, so we’re happy to keep both. In the long term, we will still look for areas to consolidate the number of active spells for Priests.

Mind Soothe is now a 12-yard radius AoE with a 5 second cooldown. Mind Soothe is quite niche, so we felt this improvement to its usability could bolster utility Priests bring into dungeons.

We have decided to move forward with removing Shadow Mend and have adjusted talents related to it. Shadow Mend on the Class tree has been replaced with Improved Flash Heal, and the choice node branching from it now affects Flash Heal instead. We are aware that for Discipline single-target emergency healing Flash Heal is weaker than Shadow Mend. We will monitor how this affects Discipline healing and are okay with increasing the value of Flash Heal for Discipline if needed.

We made changes to Halo for Dragonflight, allowing it to deal increased damage and healing based on distance. We’re reverting this change due to negative interactions with Halo’s soft target cap and general usability issues. Also, we’re changing the targeting rules to Halo. It will no longer deal damage to enemy creatures not in combat. It will continue to damage players and pets regardless of combat state. While this can be considered a downgrade at times in solo content, we felt it was enough of an improvement in instances to go forward with the change. Thank you for your feedback regarding the spell.

For both Divine Star and Halo, we’ve also blacklisted pets from being counted towards its healing caps for improved usability.

Regarding Cascade, it’s a spell we’ve discussed and are still considering in the long term. We want to take the time to think through the spell in the modern talent system. It’s a spell that all 3 specs are excited about, but bringing it back in its original form while having Divine Star and Halo or replacing one of the two was not the way we thought best to approach it.

Like Holy Word: Salvation and Apotheosis for Holy, these talents can feel mandatory in certain content types, so in a future build we’re moving the choice to row 8 instead of being capstones.

These talents are intended to function with Atonement. Inescapable Torment will follow standard AoE rules with Atonement, meaning it will Atone based off one damage event and not all 5 hits.

We’ve been concerned about the number of active auras players may need to keep track of in Dragonflight, so initially we hid the stack tracking for Harsh Discipline. In a future build, we plan to expose the aura as it’s a common request to know its status. Thanks for the feedback.

This talent is designed to synergize with Prayer of Mending builds while simultaneously being an option to boost Holy Word cooldown reduction. While we’re excited for this effect, there are two interactions we’re preventing to balance its power. The first is that triggering Apotheosis through Answered Prayers will not reset the cooldown of Holy Word: Sanctify and Holy Word: Serenity. The second is that Casting Holy Word: Sanctify and Holy Word: Serenity while Holy Word: Salvation is on cooldown will not reduce the cooldown of Holy Word Salvation by an increased amount. The talent has been met with a great deal of positivity and we are equally excited, and we hope you can understand our reasoning for preventing these interactions.

Idols of the Old Gods

We’ve moved all the Idols back to being capstone nodes for the tree. We feel this is thematically appropriate and that each can be tuned appropriately to be exciting talents to chase.

We’ve removed the extra charge of Mind Blast from Void Eruption and added it back to Shadowy Insight. We hesitated to do this originally because there are many spells that can proc and compete with one another, but in the end that’s an argument for having the extra charge so there’s less pressure to cast Mind Blast on cooldown. Thank you for your feedback.

Screams of the Void

We’ve made changes to Screams of the Void to improve its effectiveness, especially in AoE. We’ve added Void Torrent to the single target effect as a small way to increase synergy between Void Torrent and other talents. The more impactful change is that while channeling Mind Sear, all DoTs will tick faster.

Between Void Eruption and Dark Ascension, we’re positioning Dark Ascension as the simpler option that is more frequently available. We felt a 1-minute cooldown would allow it to sync with other cooldowns.

We’ve taken another look at Mind Sear recently and have made further adjustments to improve its gameplay feel. In a future build, Mind Sear will tick every 0.75 seconds for 3 seconds, consuming 25 Insanity per tick and will not be castable with less than 50 Insanity.

We’re adding Mind Flay to Psychic Link, so that talenting into Mind Spike is not required to have an AoE filler spell. In combination with Mind Flay: Insanity against a low number of targets we foresee this having potentially useful interactions.

Thank you again for your continued participation and feedback during the development of the Priest talent trees.

Good day Dragonriders!
We’ve noticed a lot of feedback around tutorials, dragon glyphs, and dragonriding skills and abilities, and are excited to provide these updates in today’s build.

Skills and abilities have seen some updates, including:

Many of the changes in this build are to improve onramping to the system, including: